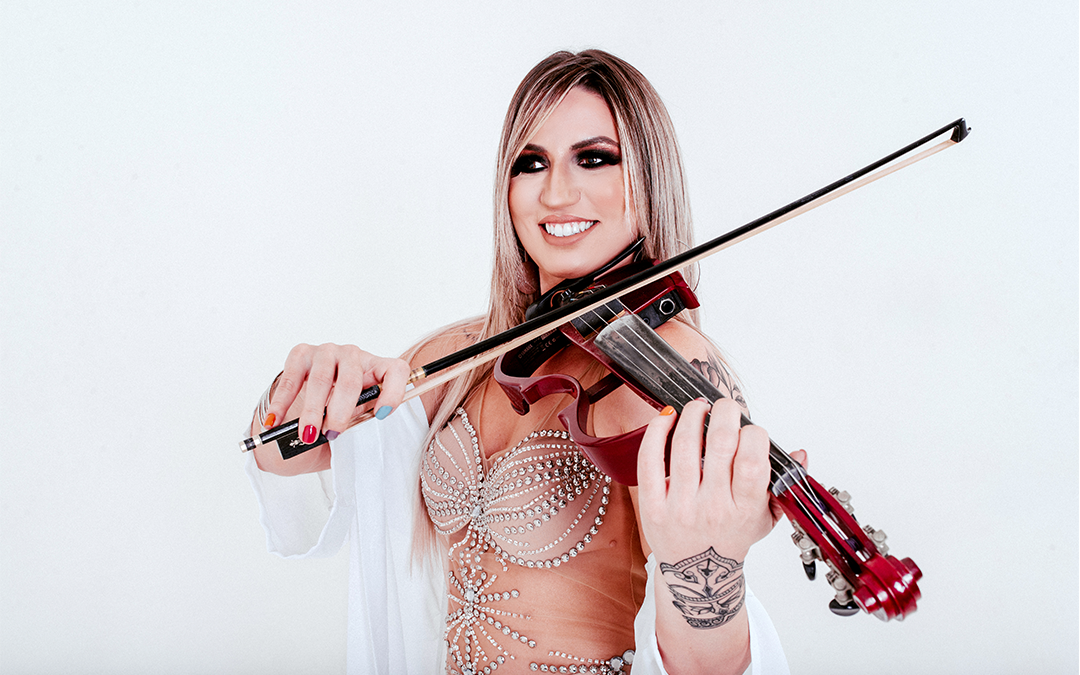 DJ and instrumentalist Karla Carvalho started her musical studies at the age of 7, with the guitar as her first
instrument and later the piano and violin. Participated in several festivals and master
class with renowned school names
classical violin, completing the Music Degree course at UFC in 2005.
Since 2011 he has been working in the electronic music scene participating in projects
like Aircraft Live Show. He did shows in
biggest festivals and clubs in the country,
tours in the USA and Paraguay. Among the shows made, the following stand out: Playgrounds Goiania,
Belem and Brasilia; Sedna Goiania, Tim’s Party, Beats Patos; Deluxe; Bali – Hai,
Porto Belo and Pirraças; Moving
White Sensation; Miami; Orlando Cidade Del Leste. Mix live DJ to sound
classical violin are the great differentials of DJ and Violinist Karla Carvalho, now in
solo career and as a music producer launched her first track Lie Machine on the G-Mafia label and with the next scheduled release of the second track Play Hard. With an engaging set she puts her
audience to dance.